Drifters is a Western in the spirit of films from the 60’s and 70’s. Our hope is to shoot the current short film and continue the story with a full web series.

The story begins in a small town with a corrupt Sheriff who is hell bent on keeping the town safe from outsiders. When three strangers appear in town and the gunfire starts, his quiet town and corrupt past are exposed with deadly results. 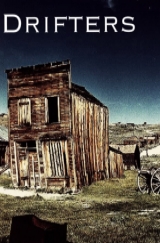 — Western, Drama, Action - Your rating:
Not rated yet!

Revenge, guns and loyalty in the old west.

No images were imported for this movie.

Revenge, guns and loyalty in the old west.

We have a total of 5 movies in our catalog, regrouped in 4 collections, 8 genres and 16 actors.